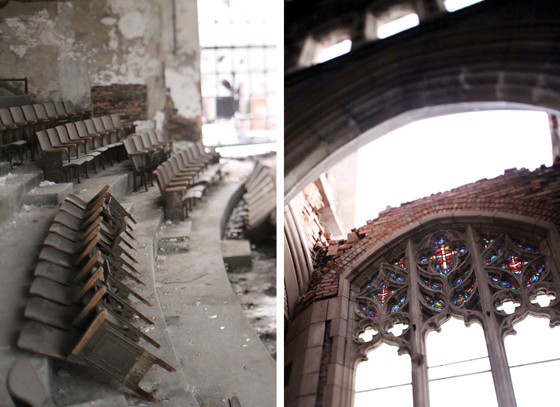 At the peak of its membership in the 1960s, City United Methodist Church in Gary, Indiana, had 3,000 members. Membership declined along with the city and the steel industry on which both city and church depended. The church closed its doors in 1975. For several years, it was used off and on for cultural and social activities. In 1997, a fire caused extensive damage, and little has been done with the structure since. The church is owned by the city of Gary, and at least one architect has proposed making a "ruins garden" on the site, modeling it after the ruins of churches in Europe.