For more commentary on this week's readings, see the Reflections on the Lectionary page, which includes Cho's current Living by the Word column as well as past magazine and blog content. For full-text access to all articles, subscribe to the Century.

Theresa Cho is copastor of St. John's Presbyterian Church in San Francisco. She blogs at Still Waters, part of the CCblogs network.

California is in a severe drought. Normally it rains in the time from mid-October to March, but for the past few years it has been bone dry. Some say we may only have a year of water left. We are thirsty.

In December, we had a couple days of downpour rain. It was glorious. It was as if the earth opened up to drink it in. Kids played in the puddles. My garden grew tenfold. The city came alive. There are two things that make San Francisco, where I live, come to life: the Giants winning the World Series and the long-needed rain. We are thirsty.

That’s how I imagine the people in Acts. They have traveled from all over, and they are thirsty. Thirsty for the Spirit, thirsty for hope, thirsty for companionship. In Acts 2, we find them soaking in the downpour of the Holy Spirit—so much so that they appear drunk. This Spirit that comes enables them not only to hear and understand one another but also to see visions and dreams and to prophesy.

Have you ever been seriously thirsty, completely deprived of water? It’s terrible. You are incapable of thinking about anything but the miserable state you are in. When I was pregnant with my first son, I was highly sensitive to water—the smell, the taste, even the sight of it. One sip would send me into a nauseous spiral. And yet, I was thirsty. Every molecule in my body yearned and screamed for water. Thirst prevents you from looking forward, robs you of considering possibilities, and paralyzes you from embracing opportunities.

In Acts 2, we are freed from that existence and our thirst is quenched to the point of excess—a euphoria equivalent to torrential winds, tongues of fire, and seeing visions. In times of drought, the Spirit frees us to dream dreams, see visions, and prophesy.

With a mailing tube, some dried beans, and a handful of nails, I led my church in an activity in which we made a rainstick: 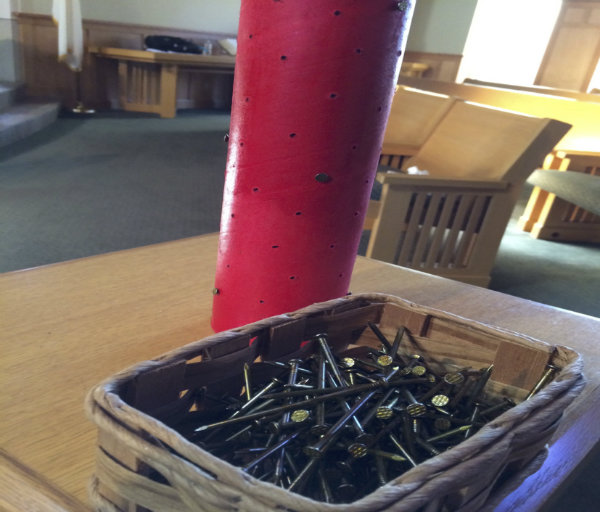 People were invited to write their hopes, dreams, and visions for themselves and for the church: 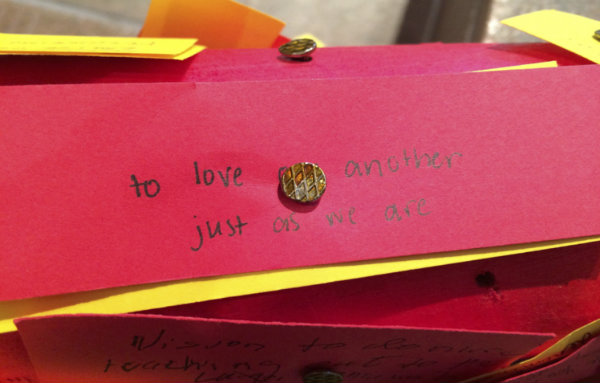 They attached their slips of paper to the mailing tube using a nail. When the tube was tilted, dry beans inside would clink against the inserted nails, making it sound like rain: 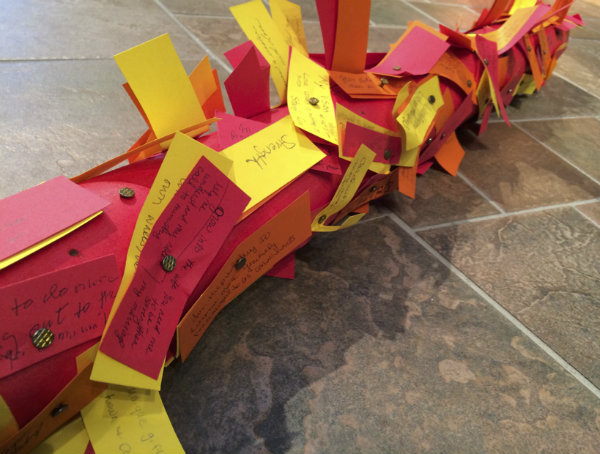 I then invited my church to take a moment in silence to lift up in prayer the hopes and dreams attached to the rainstick. As we heard the sound of rain, it reminded us that together we share a collective call to see visions and hope. We are to trust that the rain will come—not in a trickle, but in a downpour. And when it does, we will feel it like wild winds, see it like burning flames, and hear it in our native tongue.

Living by the Word

It is clear in Acts 2 that a party is taking place—that dreams and visions are not meant to be dreamt alone.
by Theresa Cho
May 12, 2015

The subjunctive and indicative of church ministry

In a recent TED Talk, Phuc Tran talks about his love for grammar, particularly the use of the subjunctive and indicative. He uses these two types of verbal moods as a tool to look at the world and one’s life.
by Theresa Cho
January 3, 2013

Bearing witness on the sidewalk

The Gospel of Luke ends with the Ascension. Before Jesus ascends, he reveals himself before the disciples and “opened their minds to understand the scriptures” so that they may be “witnesses of these things.” As believers and followers of Jesus Christ, this is our task. We are called to witness. But we are called to witness in a way that goes beyond merely testifying to the events that have happened.
by Theresa Cho
May 10, 2015

Room to speak: Korean-American women in the PCUSA