Pulling works of art from the rubble of buildings destroyed in a di­saster may seem trivial compared with providing food, medical care and other humanitarian needs. But Cori Wegener, an associate curator at the Minneapolis Institute of Arts, says that the rescue of what she calls a nation's "cultural property" is also critical, as it ensures a culture's recovery over the long term.

Gary G. Yerkey is the author of South to Selma: "Outside Agitators" and the Civil Rights March that Changed America.

As international project coordinator of the Smithsonian Institution's Haiti Cul­tural Recovery Project, Wegener has been at the forefront of a movement that was launched in the weeks following the January 12, 2010, earthquake. Under the direction of Richard Kurin, the Smith­sonian's undersecretary for history, art and culture, Wegener and a team of American conservators are struggling to recover, safeguard and help restore world-class Haitian artwork and other cultural property that was damaged in the earthquake. 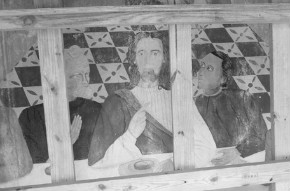 The Broadway League funded the project with $275,000, with additional resources coming from the National Endowment for the Arts, the Endow­ment for the Humanities and the Insti­tute for Museums and Library Science. The U.S. Agency for Inter­national Development has set aside another $2 million.

Under an agreement with the Haitian government, the Smithsonian team is work­ing on the project through Novem­ber of this year and then will turn it over to the Haitians.

Central to the work is the removal, repair and safe storage of three murals at the Holy Trinity Episcopal Cathedral in downtown Port-au-Prince. Eleven murals were damaged beyond repair, including Marriage at Cana, by Wilson Bigaud. The painting of the Cana celebration includes a pig, a rooster and two Haitian drummers who are looking on. 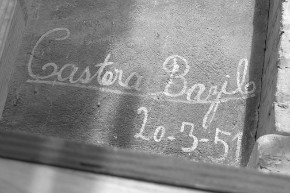 Three other murals, painted in the late 1940s and early 1950s, somehow survived: Philomé Obin's The Last Sup­per, Castera Bazile's Baptism of Our Lord and Préfète Duffaut's Native Street Pro­cession. Duffaut, who is 88, still lives in Port-au-Prince and plans to paint a new mural for the new church.

A team of American conservators and Haitian experts will do restoration work in a three-story building in the hills overlooking Port-au-Prince. Thousands of recovered objects are being restored, including paintings and sculptures from the Musee d'Art Nader in Pétionville, a private museum that housed works by 20th-century Haitian masters such as Duffaut and Hector Hyppolite. 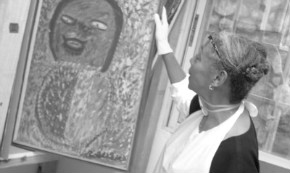 Wegener is also president of the U.S. Committee of the Blue Shield, an organization committed to "the protection of cultural property worldwide during armed conflict." She hopes to put together an international mechanism that would be ready—with bags packed and money in the bank—to move quickly to the site of a disaster anywhere in the world.

It is shortsighted, she says, to focus exclusively on providing humanitarian assistance and ignore the need to restore a nation's cultural heritage, which is "its soul, its memory and its meaning."

Paul Farmer has a keen sense of the tendency to portray Haitians as helpless victims. This is well evident in his poignant chronicle of the year that began with the January 2010 earthquake.
by Chris Herlinger December 29, 2011

Standstill in Haiti: Six months after the quake

After a five-month absence, parts of Port-au-Prince looked marginally better than when I had last seen the city in February. At least some debris from the January 12 earthquake had been removed. But generally, the city seemed at a standstill.
by Chris Herlinger
August 9, 2010